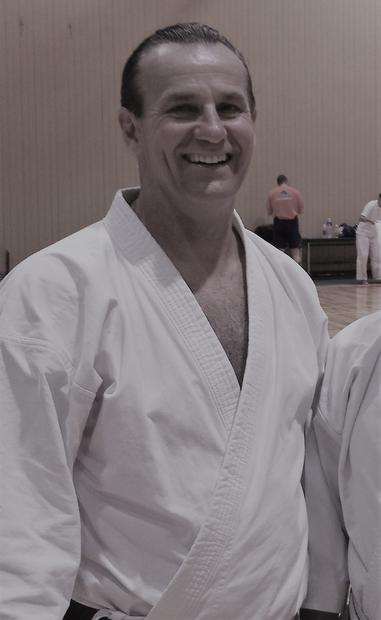 ​​Donnie Danner began studying Wado Ryu in 1976, receiving his Shodan just three years later in 1979. In 1988 he founded his own Dojo system in Mount Juliet, Tennessee with the opening of Danner Karate Center. Donnie Danner has been one of the top competitors in the US in Kumite for a number of years. In 1991, he traveled throughout Japan and competed in Takayama, Japan. 1993 was a big year for Donnie. He trav-eled extensively throughout the United States competing as often as possible and ended the year as #1 Champion in the regional Sport Karate Circuit as well as #1 in the NASKA World Champi-onships. To top it all off he competed in the World championships in Athens, Greece where he won the bronze med-al. In 1995 once again Donnie re-turned to Japan and was picked to compete in a challenge match in Iwakuni against the Japanese College Arts Stars. He was successful here as well. In 1997 Donnie’s performance won him 2nd in the WIKF World Cup placing second to a former four time European Champion. Donnie is a 6th Dan and highly respected among his peers.